could have been cast as Emma Swan. 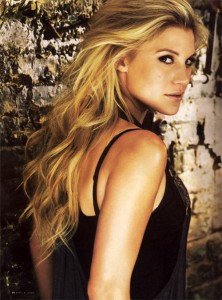 “I walked away from Once Upon A Time and focused on Longmire,” she said. “It was just those two jobs. Those were the only two pilots I loved that year.”

Sackhoff added that she was eventually “happy with the way things turned out”.

“I could tell, from the very beginning, that they really wanted [Jennifer],” she claimed. “She and I go up against each other quite a bit. We’re very similar.

Go to the Next Page