One of the biggest issues with cutting the cord is finding out how to watch local channels without cable. We have many options to find what best works for you.

These new HD antennas aren’t like the old rabbit ears you may be used to. They actually work. I tried a few and I’ll let you know how it went.

I tried this one first 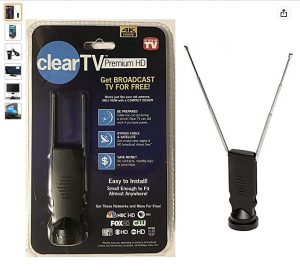 It did pull in a number of local TV channels. The clarity was really good for some of the stations (some stations broadcast older shows that aren’t in 1080 or 4K, so you’ll need to figure that in to your experience). The big plus is that it was small. If your TV is far away from a window, you could attach it to the back of the TV and not have to worry about wires stretching to a window.

I tried this one next 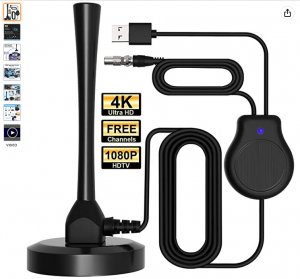 It’s a given that the channels you can pick up depend on a number of factors: Where you live in accordance to the various station’s broadcast antennas, weather, mountains, etc.

The first antenna I mentioned worked alright, but I wanted to try one that included an amplifier to boost the signal, so I tried the second antenna.

When I scanned for TV channels with the second antenna, I did pick up more local TV channels, and I’ve stayed with this one ever since.

Use the Internet to Watch Local Channels without Cable

It is a good idea to look up your local TV network websites to see what TV shows they provide streaming access after they have broadcast.

A different way to keep up with news stories is on YouTube. It offers links to watch important news stories Live (elections, for example) on different from certain TV networks. Also, most TV networks put news stories (and some complete news shows) on YouTube to view after it initially aired. It is definitely worth your time to take a good look at YouTube’s offerings.

If you have a Smart TV, Fire TV device, etc, there are many local TV network streaming apps that can be downloaded. The nice thing is that if you catch these new programs as they are being aired, you can watch them “live”, then afterward, the news programs and stories are saved and made available on these apps, so you can keep up with stories, weather, etc on your schedule.

Websites that offer Many Cable Network Channels (in certain areas)

If watching a variety of cable networks appeals to you, check out: USTVGO.TV

Fubo TV (Local Channels – ABC, CBS, FOX, NBC, Telemundo, Univision, and The CW (IN most markets, The CW is on-demand only)) 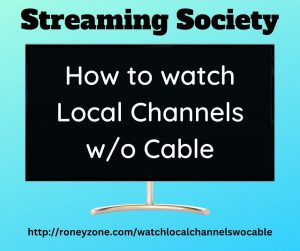 Notice: This page contains affiliate links. If you choose to purchase after clicking a link, I  may receive a commission at no extra cost to you.

RoneyZone.com does not in any way condone, promote or encourage any illegal use of Kodi, Fire Stick or our guides. Users are responsible for their actions. Read our full disclaimer.