I was going through my Google Docs and found an audio script for a Christian Audio production that challenges Christians. (To my knowledge) it’s never been done before, and there may be many reasons why. So, since I didn’t want it to stay in the bowels of my Google Docs account, I will post it here. The script is still pretty churchy (I wish I had a script collaborator, but I have no money to pay anyway, so there’s that), but the intent (and some funny moments, too) is there. 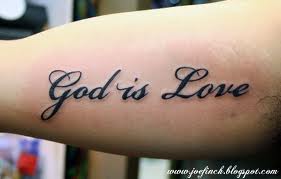 Narrator: RoneyZone Productions and jrdonline.com present- Neighbors. An on-going, audio series about 2 neighbors trying to live a Christian life, when no one’s watching.

Peter: Hey, I looked for you in church today. Where do you guys sit?

John: Nosebleed section. We don’t rush out the door to get to church, my wife takes her time getting ready.

Peter: Oh, I know. Our wives get ready for church, like a beauty pageant.

John: I love bein’ a guy. We throw on; what’s left in the closet, 2 shoes, lasso the kids, pile em in the car, and then- we’re ready to wait for our Mrs. Americas to make their grand entrance to the car.

Peter: Well, Right, but who is?

(Car roaring by with loud music)

Peter: There goes our crazy neighbor from across the street.

Peter: (Shocked) You know that guy?

Peter: The guy that plays loud, rock music all the time. I mean, it feels like I’m in the front row of a concert every night. Loud guitars, the screaming, the drums…

John: My wife and I know him. (Trying to convince him) He’s really a good guy.

John: Have you ever said anything to him?

Peter: Does yelling at him to “turn the music down,” count?

Peter: Does he go to our church, too?

Peter: Then, why are you talking to him? That’s probably why he’s so messed up. He’s could be in some weird cult or something.

John: Peter. Listen, Jesus talked to people worse than that, and you know that.

Peter: Yea, but if you hang around him too much, he could affect you in the wrong way. Right?

John: But, what if I- What if we show him God’s Love? What if we affect him by being kind and being ourselves?

John: You gonna be okay, Peter?

Peter: I think so.

John: My son gets pretty loud on the saxophone, too.

Peter: Don’t do that. I know what you’re saying. I know. Okay, Okay, I guess I’ll buy earplugs for Mr. Steve and his Rock Music!

John: Can you, at least, wave at him, and smile next time he drives by?

Peter: (Walking Away) Roars by, you mean! (Realizes John is right) Sure, sure, I’ll wave, I’ll smile, I’ll even try to be nice- but not today.

John: Ok, good. I think I’ve made my point. Listen, I gotta get back into check on my saxophone player.

Peter: Yea, yea. I may not like you right now, but- (pause) your right. Now, I’ve gotta go buy earplugs, and a smile for my noisy neighbor. Bye, John.